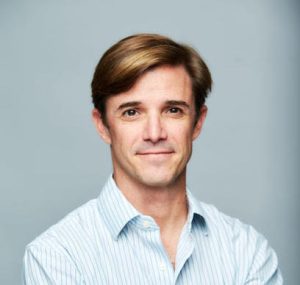 Brian Glazer is a professor in the Department of Oceanography, in the School of Ocean and Earth Science and Technology, at the University of Hawai’i at Mānoa. He serves on the National Science Foundation’s Ocean Observing Initiative Facilities Board as well as the Deep Submergence Science Steering Committee. Glazer has 21 years of experience in ocean observing science, both at deep-sea volcanoes and the coastal zone. He earned a B.S. degree in Biology from the Pennsylvania State University in 1997, M.S. in Marine Sciences from the University of Delaware in 1999, and Ph.D. in Marine Sciences in 2004, also at UD. In 2004, Brian was awarded a postdoctoral fellowship with the NASA Astrobiology Institute, and in 2006 he was appointed as assistant professor of oceanography. Glazer’s research involves autonomous samplers, chemical analyzers, and assets from the National Deep Submergence Facility, including the human-occupied submersible Alvin, ROV Jason-II, and AUV Sentry. Glazer has sailed on two dozen research expeditions, spending between 1-3 months at sea per year over the past 20 years. For the past three years, Glazer focus has shifted to the interface between chemistry and biology within coastal Hawaii, especially within loko iʻa (traditional Hawaiian fishponds). His group has developed affordable sensors, instruments, and a web-based data platform and maintains over 130 real-time sensors in five states. Glazer’s funding sources have included NSF, NOAA, NASA, Gordon and Betty Moore Foundation, Schmidt Ocean Institute, Schmidt Marine Technology Partners, and the Posner Foundation.