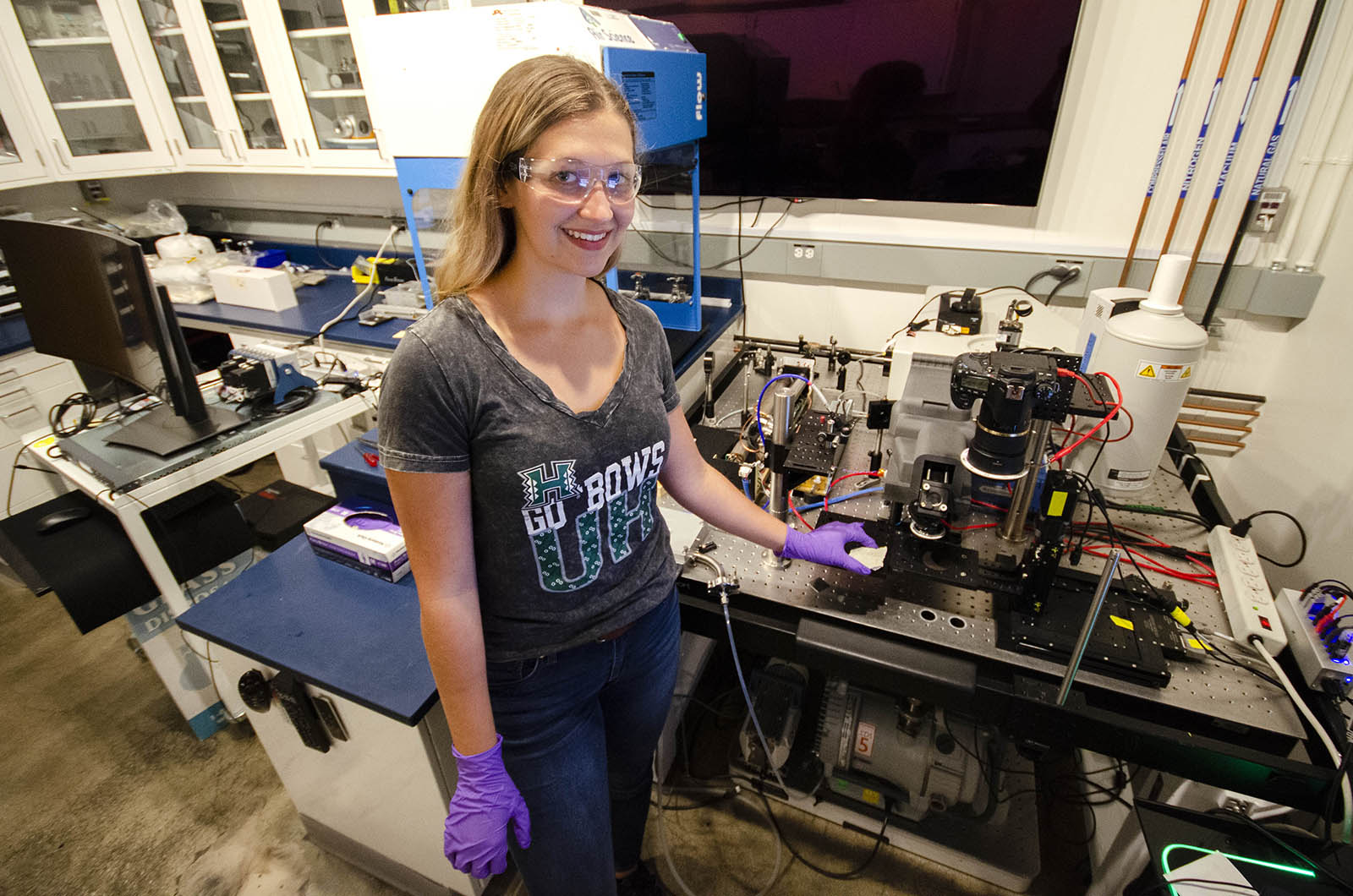 Schelin Ireland, a Space Grant summer intern from the University of Hawai‘i at Mānoa, places a sample into a lab version of the Mars 2020 rover's SHERLOC instrument. The instrument is designed to search for evidence of past life on Mars. Image courtesy of NASA-JPL-Caltech/Kim Orr.

Growing up in Hawai‘i, Schelin Ireland used to look up at the night sky and dream of one day setting foot on the Moon. She hasn’t made it there yet, but in the meantime, she’s helping achieve another milestone for space exploration. This summer, as a Space Grant intern at NASA’s Jet Propulsion Laboratory, Ireland was part of the team building an instrument designed to detect signs of past life on Mars.

One of several instruments on NASA’s next Mars rover, SHERLOC will be the first of its kind on the Red Planet. Situated at the end of the rover’s arm, it will shoot a laser into Martian samples and pick up the unique pattern of light waves, or Raman signatures, that result. Scientists can study those light waves to find out what the samples are made of – and whether they contain ingredients for life.

Ireland, a student in the Department of Earth Sciences, spent the summer running a laboratory version of the instrument through practice rounds before the real thing launches next summer on its seven-month journey to the Red Planet aboard the Mars 2020 rover. We caught up with her to ask what it’s like to be part of the team searching for evidence of past life on Mars and find out what her future plans are for exploring the Moon.