Four decades ago, scientists noticed that tropical cyclones form in clusters followed by several weeks of inactivity. This finding was long overlooked until the recent growing interest in subseasonal-to-seasonal prediction of high-impact weather. Research in this area has uncovered that convectively coupled equatorial waves (CCEWs) can partly explain week-to-week tropical cyclone activity through modulations of environmental conditions. However, the physical processes behind that relationship remain unexplored because previous studies have relied on reanalysis datasets, which cannot capture the mesoscale and convective-scale processes that are ultimately necessary for tropical cyclogenesis. That limitation motivates this study, which aims at developing a modeling framework that can capture both planetary-scale waves and tropical cyclones, while using that framework to explore if and how CCEWs modulate tropical cyclogenesis. In the first part of this talk, I will describe the modeling framework—aquaplanet experiments using the Model for Prediction Across Scales-Atmosphere (MPAS-A). I will demonstrate that the MPAS-A aquaplanet experiments produce a climate and weather systems that are consistent with other models and with the real world. In the second part, I will demonstrate that a relationship exists between CCEWs and TC activity in the aquaplanet experiments, but the relationship is different from that identified using reanalysis datasets and it depends on the horizontal grid spacing of the simulations.

Diverse and inclusive universities and workplaces lead to improvements in science through increased innovation and complex problem solving. The discipline of atmospheric science in the United States has faced challenges in attracting and retaining scientists who are women, people of color, Black, Indigenous, from the LBGTQ community, and people with disabilities. Many of these scientists leave because of exclusive cultures. As concerned members of the atmospheric science community, this may lead one to ask: how can I be an agent of change? Years of research on diversity training have found that simply having the desire to be inclusive does not result in inclusivity. Instead, change needs to happen at the organizational and system level. As individuals, we are part of social systems (e.g., departments, professional societies, institutions) that can be challenging to navigate and change. This seminar will explore how individuals in a community can conceptualize an organization and their potential for enacting change by analyzing their social connections, knowledge and skills, and formal responsibilities. This discussion will be guided by specific examples of creating change in the geosciences from research on a professional development program – Hearts of GOLD (Geo Opportunities for Leadership in Diversity). 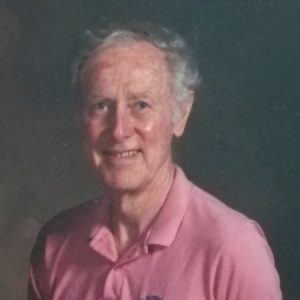 The recording is missing the first few minutes of the presentation. We apologize for that oversight. 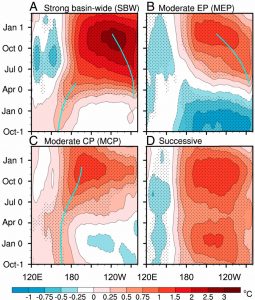 Prof. Bin Wang and colleages have just published a paper in PNAS, entitled “historical change of El Nino properties sheds light on future change of extreme El Nino”. You can get a copy at: https://www.pnas.org/content/early/2019/10/15/1911130116

The attached is a figure shows how the El Nino types change over the past 120 years. I thought it would be good if you can use it in our website.

The media’ stories are now on the website and you can read them here: