Since 1986 he has been teaching and doing research at the University of Hawaii, where he currently teaches Plate Tectonics, ERTH/OCN 444. His recent students and postdocs have included Laurie Skaer Fernandez, Fernando Martinez, the other Paul Johnson, Debbie Pardee and Ásdís Benediktsdóttir. One major research area involved structural and hydrothermal investigations of Earth’s fastest seafloor spreading center, the East Pacific Rise between the Easter and Juan Fernandez microplates, where the plate boundary geometry is presently being reorganized by a giant duelling propagator system which may be an initial stage in microplate formation. A related research effort in the Pito Deep area at the tip of the propagating rift creating the Easter Microplate, included submersible and ROV investigations of the deepest rift valley on Earth.

His present research is focused on the seafloor near Iceland, where one of his recent oceanographic expeditions with Ármann Höskuldsson investigated nascent rifting near Surtsey in Vestmannaeyjar, and four recent expeditions investigated North America — Eurasia seafloor spreading south of Iceland along the Reykjanes Ridge. He led a major expedition in the summer of 2007 that showed that contrary to the conventional wisdom that led directly to the Iceland pulsing plume hypothesis, the V-shaped ridges, troughs and scarps (VSRs) are not symmetric about the spreading axis. Instead they have the kind of asymmetric geometry predicted by the propagating rift hypothesis, suggesting a fundamental reinterpretation of Iceland hotspot/ridge interaction. Another oceanographic expedition he and Fernando Martinez directed in August-September 2013 investigated the tip of the diachronous transform-fault eliminating reorganization of North America — Eurasia seafloor spreading, from the previous orthogonal ridge-transform geometry to the present oblique seafloor spreading on the Reykjanes Ridge, to test between thermal and tectonic hypotheses for this type-example plate boundary reorganization. Another in collaboration with Fernando and Ármann in 2017 collected marine geophysical data that will determine how those ephemeral transform faults originally formed about 40 Ma along the previously unsegmented Reykjanes Ridge. As he has transitioned toward retirement Fernando has transitioned to become the leader of this project, and future updates will be on Fernando Martinez’s HIGP/SOEST website.

In his free time he used to travel, ski, and work out with his wife Donna, beat back attacks of the bamboo jungle, occasionally break 80 golfing, and is still the leader in SOEST poker championships won (although he maintains that luck played a big part in several of his wins and that Fred Duennebier, second on the all-time list, was actually the better player). Since the birth of their son Dylan concepts such as free time are being reevaluated.

Interested students should apply to the Department of Earth Sciences of the School of Ocean and Earth Science and Technology, University of Hawaii at Manoa . 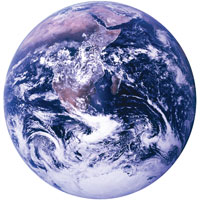 Comments or questions about this page go to bays@hawaii.edu. Last update Fri 03 Sep 21.